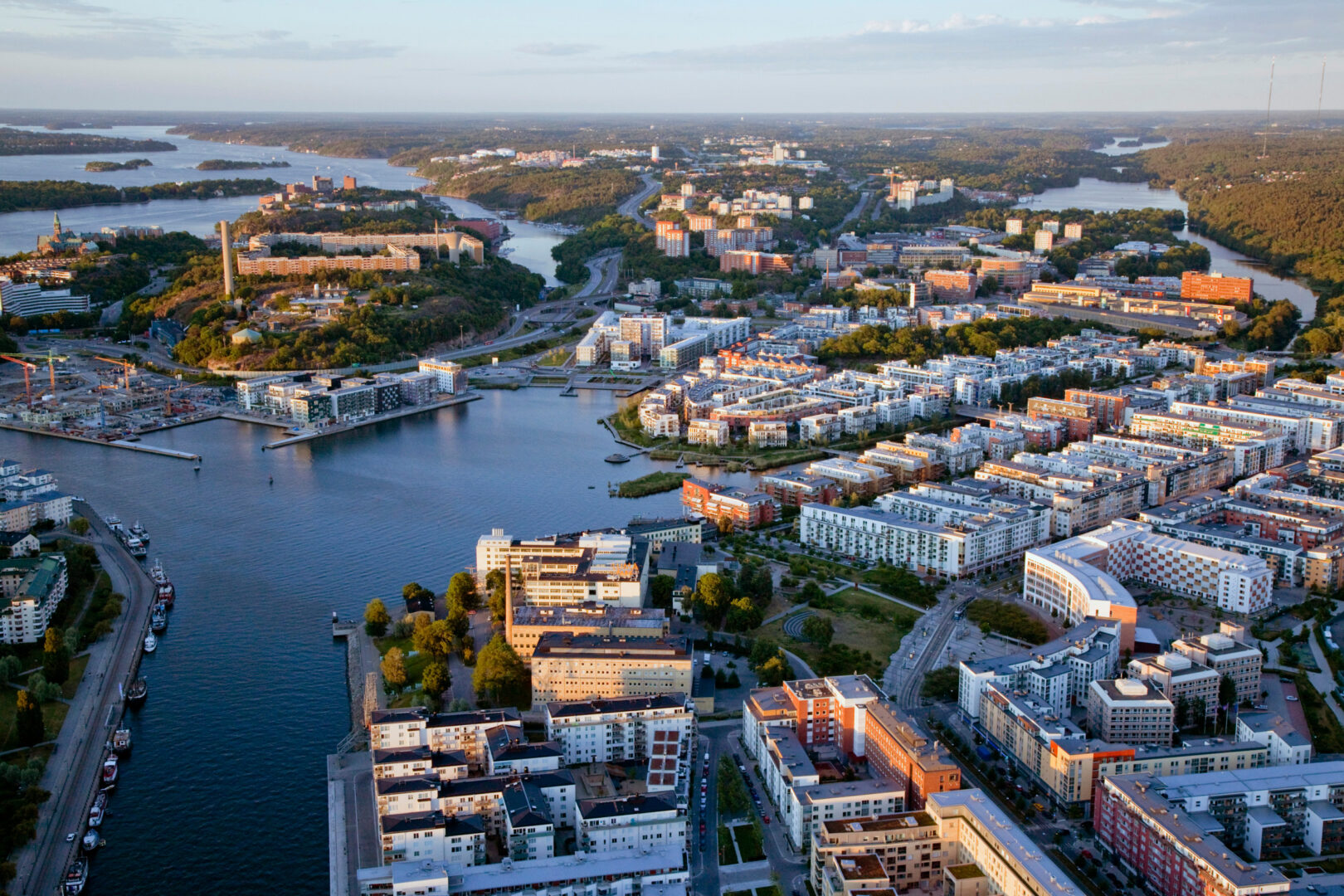 The Envac system that set the global standard for waste collection in
sustainable urban development.

Owner The City of Stockholm

Hammarby Sjöstad is a former industrial area and harbour converted into a modern city district that has become a flagship environmental project incorporating and showcasing the latest in smart and sustainable technologies.

After an environmental programme was drawn up for Hammarby, including rigorous sustainability targets and the most innovative environmental solutions as part of what would later become known as the ‘Hammarby Model’, Envac was appointed to demonstrate the value that pneumatic waste collection (also known as AWCS) add to a contemporary urban environment 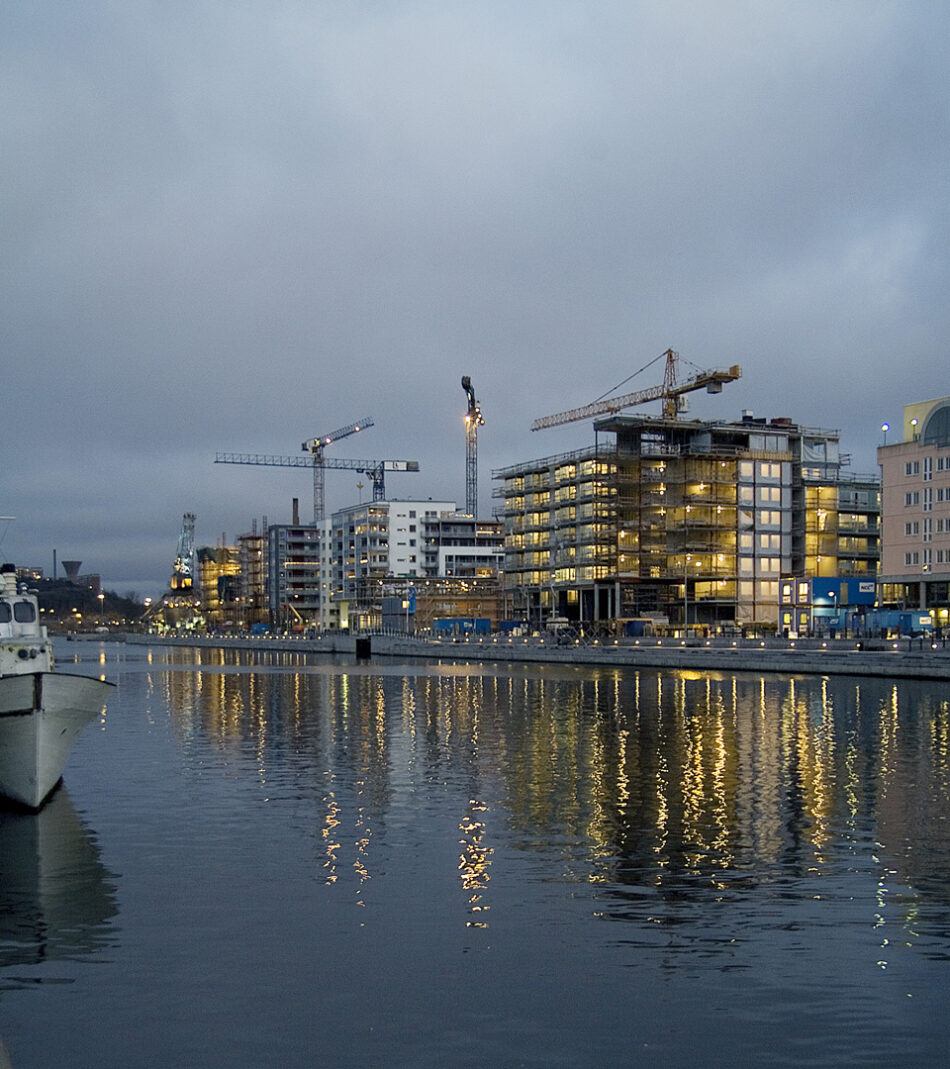 The development has welcomed over ten thousand architects, local authorities, developers and planners from around the world, visiting Hammarby to draw inspiration from the city’s ability to fuse function and style with practicality and sustainability. From biofuel and biogas to district heating and rainwater management, Hammarby illustrates what can be achieved through the successful integration of technology and the cooperation of local government and technology providers. 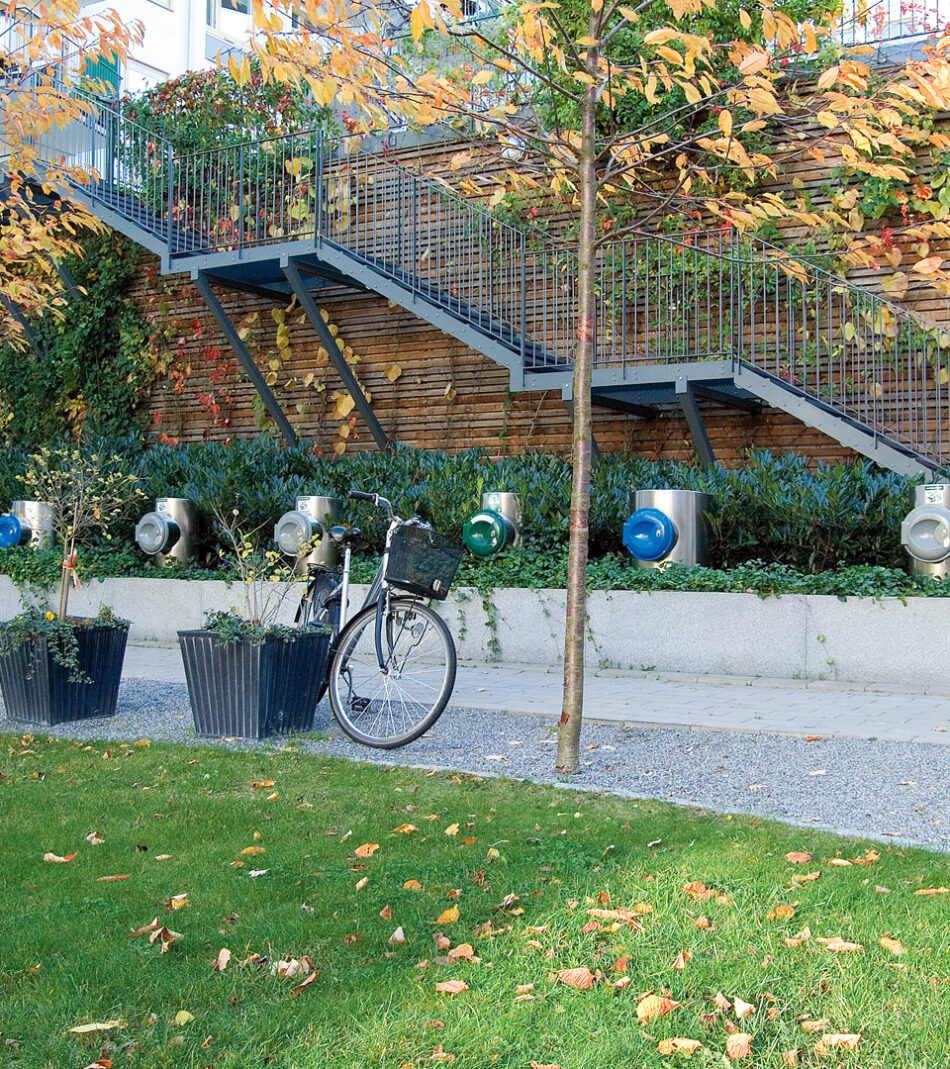 The systems have been collecting waste at certain locations and across three fractions including general waste, food waste and paper and street litter since the first system became operational in 2000. However, it is the scale at which Envac will operate on completion – and its ability to complement and integrate with other sustainable technologies – that has captured the imagination of a global population.

that takes only minutes to collect using airflow only

conveniently located across the area for easy disposal

As a result of Envac’s inclusion Hammarby has:

Reduced the total amount of recyclable and waste material by 20 per cent in weight.

Demonstrated the planning and design gains achieved by not having to plan for waste collection vehicles and bin management at each house.

Created a flagship model for sustainable development that continues to attract worldwide attention.

The automated waste collection systems used within Hammarby Sjöstad have greatly contributed to the fulfilment of the district’s environmental goals, notably by increasing recycling and reducing heavy traffic. They have also impressed and inspired thousands of national and international visitors to Hammarby.